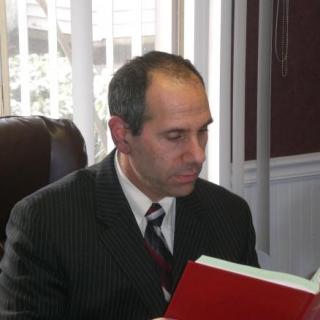 I was born in Manhattan, New York in 1960. I grew up in Brooklyn, Long Island and North Jersey. After attending Boston University and graduating in 1982 I attended Rutgers Law School in Camden, New Jersey. I graduated in 1985 and began working primarily as a criminal attorney at the Law Offices of Jeffrey Evan Gold. In 1987 I moved to the firm that eventually became known as Garber, Kasten, Jarve and Mullen. I began as an associate concentrating in Family Law. In 1995 I became a partner in the firm and at the time I was practicing exclusively Family Law. I became a Certified Matrimonial Law Attorneys. I continued with Garber, Kasten, Jarve and Mullen until 2002 when I started my own firm. In 2003 I was joined by Brian T. Reagan, Esquire and the firm Mullen & Reagan, LLC was formed. That entity ended in December, 2014 and Mullen Law was formed. Currently I practice Family Law and Mediation, which includes divorce, custody, parenting time, child support, domestic violence, step-parent adoption and guardianships. I also handle residential real estate and landlord eviction procedures. I have been involved in interstate and international custody disputes. I have handled divorces involving complex business interests and closed corporations. I have represented thousands of clients both male and female and my practice does not discriminate based on gender, age or any stereotypes. I seek to advise my clients realistically as to what outcome they can expect in their matter in order to have a well informed client base and keep their legal fees manageable. Areas of Practice Family Law Litigation Percentage 95% of Practice Devoted to Litigation Certified Legal Specialties Matrimonial Law, Supreme Court of New Jersey, 1998 Bar Admissions New Jersey, 1985 U.S. District Court District of New Jersey, 1985 U.S. Court of Appeals 3rd Circuit, 1988 U.S. Supreme Court, 1990 Education Rutgers, The State University of New Jersey School of Law - Camden, Camden, New Jersey J.D.