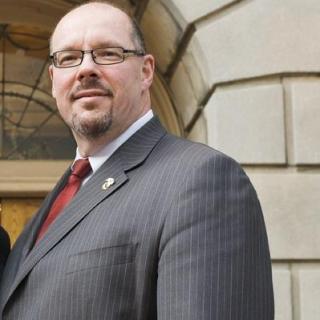 Mr. Delaney is the father of five children, as well as a former United States Marine and New York City police officer. He has been practicing for over 30 years and has seen many types of negligence and malpractice cases through to their successful conclusions. His practice concentrates in the area of plaintiffs personal injury, medical malpractice and municipal liability, however, because of his background as a police officer, he will take on the occasional criminal case. He primarily concentrates on matters involving plaintiffs who have been seriously injured, victimized or civilly damaged as the result of the negligence and/or malpractice of others.

Montgomery J. Delaney, P.C.
2012 - Current
With a myriad of experiences behind me, I stand ready to help you and your family in your time of need.

Partner/Trial Attorney
Laub Delaney, LLP
2004 - 2012
Working in partnership with a vastly more experienced litigator, I not only learned a tremendous amount, I further enhanced my professional skills and abilities, successfully trying a wide variety of complex cases to verdict.

Attorney
Law Offices of James J. Killerlane
1998 - 2004
An invaluable experience. During this time I learned how to properly prepare a case for trial and strategies for maximizing the potential of each case.

Paralegal/Attorney
Law Offices of Thomas M. Bona
1997 - 1998
During this year and a half, I learned enough about Insurance companies to know that I could no longer, in good conscience, represent one against a legitimately injured person.

New York City Police Department
1984 - 1991
Served in the South Bronx at the 44th Precinct. An active and decorated patrolman.