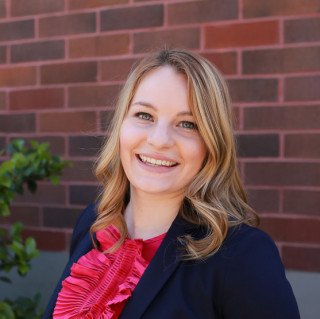 Morgan earned a Bachelor of Arts in Economics, a minor in Poverty Studies and Social Justice from Baylor University where she was also an Honors College student. While at Baylor, she was the President of the Baylor chapter of the International Justice Mission and volunteered with local anti-humanitrafficking organizations, like Unbound Waco. Morgan became interested in the law after listening to a lecture by Bryan Stevenson, founder of the Equal Justice Initiative, on the opportunity for lawyers to do good with their law degrees. She then spent a summer interning at the Sacramento District Attorney’s office in her hometown. There she learned she loved criminal law, but did not love being a prosecutor. During her final two years at Baylor, Morgan worked as a law clerk for a small criminal defense firm in Waco, Callahan & King, where she fell in love with criminal defense and fighting for the underdogs in the criminal justice system. After graduating from Baylor, Morgan attended the University of the Pacific, McGeorge School of Law in Sacramento on a full ride scholarship as a Kennedy Scholar. While at McGeorge, Morgan interned with the Sacramento Public Defender’s Office before and during Covid, while pregnant with her first son, and with the Placer County Public Defender’s Office. Morgan participated in Law Review and the McGeorge Mock Trial team during the school year. Morgan ultimately graduated from McGeorge with distinction and was inducted as a member of the Traynor Honors Society. After graduating law school, she worked for the Placer County Public Defender’s Office (Koukol & Associates) while awaiting her California Bar Exam results. Morgan passed the bar in California just after deciding to move back to Texas with her family, where she took and passed the Texas Bar Exam. When Morgan is not fighting for justice in the courtroom or from her desk, she enjoys spending time with her husband and two sons, traveling, and trying new restaurants.