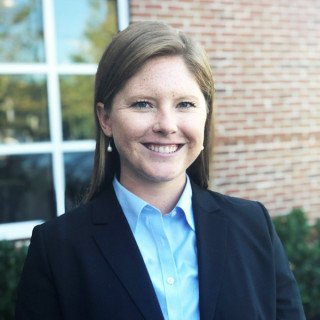 Morgan was born and raised in Denver, Colorado. She attended Creighton University in Omaha, Nebraska, where she graduated Summa Cum Laude with a Bachelor of Arts Degree in Political Science. After undergrad, Morgan decided it was time to fulfill her dream of living on the East Coast and attended William & Mary Law School in Williamsburg, Virginia. During law school, Morgan was a member of the Business Law Review and Vice President of the Alternative Dispute Resolution team where she was trained in arbitration, negotiation, and mediation. After three years in Virginia, Morgan decided she wanted to make it her permanent home.

After graduating from law school Morgan spent a year as a Judicial Law Clerk for the Honorable Chief Judge Mary Jane Hall and the Honorable Jerrauld C. Jones in the Norfolk Circuit Court. Morgan learned a lot during her clerkship about various areas of law and how the Court handles cases that come before it. She’s looking forward to bringing her experience and skill in family law and civil law to Parks Zeigler.