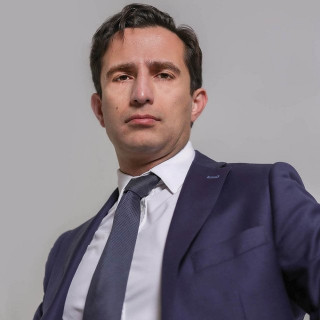 Ashkan "Ash" Mehryari is a criminal defense attorney who quickly earned a reputation for being one of the best attorneys in DFW. In his first felony trial, after moving to recuse a district judge for being unfair, he obtained an acquittal for his client in trial with the subsequent judge. He continued to build on this reputation through the years and obtained a full acquittal following a Capital Murder charge in 2020.

Over the years, Ash earned countless awards; however, the greatest testament to his practice is the source of his clients. In addition to former clients, he receives numerous referrals from those who see him in practice personally, such as numerous judges, prosecutors, and other attorneys. The people who know lawyers and watch lawyers every day pick Ash.

He served as a board member of the Dallas Criminal Defense Attorneys' Association for nearly six years and has recognition in the legal field with awards such "Best Lawyers" and "Top 40 Under 40" awards with D-Magazine and the National Trial Lawyers Association.

Ashkan received his undergraduate degree in mechanical engineering and worked as an engineer designing race cars and fighter jet engines. In 2007, he started law school at SMU, graduating ahead of his class in 2009. He began his law career working at the Dallas District Attorney's office. Recognizing his passion to defend citizens and their rights, he quickly transitioned to a defense attorney. He joined a preeminent Fort Worth based firm and subsequently joined another DFW litigation boutique as an associate, making partner in just four years of practice. He left in 2019 to found his own practice.

His practice covers thousands of cases across Texas, including Dallas, Collin, Tarrant, Denton, Rockwall, Ellis and Kaufman. He is known for, and lectures at speaking engagements, regarding his engineering background, which allows him to provide a creative but also detail oriented, technical and precise defense to his clients.

Q. criminal case in TX, can a defendant be time barred in filing a motion of any kind
November 4, 2019
A: There are certainly some motions that are time barred, with strict deadlines. Others, such as 11.07, can be filed at any time.

Q. my friend was arrested in el paso. he had a friend's bike on his trailer, turns out that bike was stolen.
November 4, 2019
A: You should really just consult with a few, ask them their experience and how they would approach the case. At the end of the day, like anything else, you often get what you pay for. A good lawyer will spend time working and investigating the case.

Q. What does the term evidence supplemented mean on police reports and court documents mean?
November 4, 2019
A: It usually just means they added to the original report.