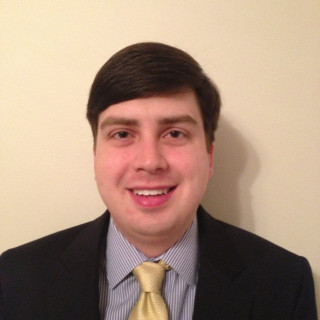 David graduated from Middle Tennessee State University in 2009 with a major in political science and minor in history.

After completing his undergraduate degree, David attended Cumberland School of Law at Samford University in Birmingham. While in law school David took a practical approach to his education, completing multiple courses in trial skills and advocacy, in order to better prepare for litigation matters that may occur during his career. David was a semifinalist in his first ever trial competition as a first-year student at Cumberland. David was also on the Dean’s List in Fall of 2009 and 2010. David was a member of the Trial Advocacy Board while at Cumberland, where he served as the Director for the Law School’s client counseling competition from 2011 to 2012. In addition to practical skills courses, David took a variety of courses in all areas of Law to give a broad range of knowledge in future practice.
Also, while in Law school, David met his wife, a lifelong North Alabama native. The two were married in May of 2011.

David moved to the Etowah County area and joined Williams, Driskill, Huffstutler, & King, LLC in November of 2012. Since then, a primary focus of David’s work has been in the appellate courts, juvenile matters, and other family law and domestic issues. David has obtained the Distinguished Rating from Martindale-Hubbell as rated by other attorneys and judges who have worked with him.