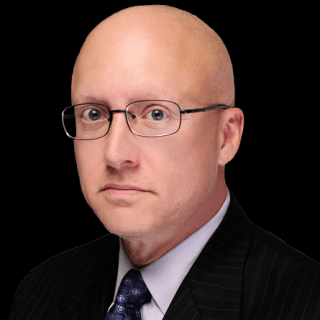 An outgrowth of his work on behalf of professional liability insurance carriers, Irwin Kramer has devoted a significant portion of his practice to the defense of his fellow attorneys in professional malpractice and disciplinary matters.

Combined with significant trial and appellate experience in state and federal courts, Mr. Kramer's law firm management experience gives him an appreciation for the pressures of law practice and the ethical issues confronting attorneys on a daily basis.

Profiled in Who's Who in America and in A.M. Best's Directory of Recommended Insurance Attorneys, this former law professor has taught at some of the most prestigious law schools in the nation, and continues to publish and to lecture nationally on trial advocacy and legal ethics. To make the law "user-friendly" for those who must live by it, Mr. Kramer founded The Legal Television Network, where he produced features designed to enhance public access to legal information. Honored by the Maryland State Bar Association with The David Hjortsberg Award for Professionalism & Civility, by the Maryland Bar Foundation with its Award for Legal Excellence in The Advancement of Public Understanding of the Law and by The Daily Record as Innovator of the Year and for his Leadership in Law, he has also hosted legal programs on C-SPAN, and appears regularly as a television legal analyst. Appointed to the Court of Appeals Standing Committee on Rules of Practice & Procedure, Mr. Kramer serves on a team of prominent judges, legislators and attorneys which review and revise court rules including those which govern the attorney grievance process.

Managing Partner
Kramer & Connolly
1993 - Current
Ranked in the top 3% of U.S. litigation attorneys, Mr. Kramer and his team of AV-rated trial lawyers handle lawsuits in state and federal courts throughout Maryland, the District of Columbia, and the nation. With millions of dollars at risk, Kramer & Connolly represents Fortune 500 companies, insurance carriers, policyholders, consumers and businesses throughout the world in significant insurance claims, real estate and business disputes, commercial cases, wrongful death and probate litigation. Recommended by A.M. Best for expertise in civil litigation, insurance and negligence cases, Kramer & Connolly protects clients inside and outside of the courtroom with expert legal counsel, uncompromising standards of advocacy, and prompt legal consultations.

A video tutorial on the nuts, bolts and ethics of managing client funds.