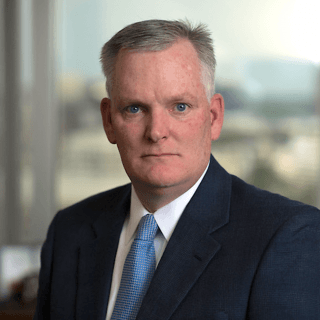 Mike Price was born in North Carolina in 1970. He moved to Sherman, Texas, in 1973 and graduated from Sherman High School in 1988. Mike completed his undergraduate studies at Austin College in Sherman, Texas, and graduated cum laude in 1992. He received his Juris Doctor degree in 1995 from Southern Methodist University School of Law in Dallas. After graduating from law school, Mike began working for the legendary criminal defense attorney George R. Milner. In 2001, Mike became Board Certified in Criminal Law by the Texas Board of Legal Specialization. In 2006 Mike became Board Certified in Criminal Trial Law by the National Board of Trial Advocacy. Mike is one of only 5 lawyers in Dallas and the ONLY lawyer in Collin County to be Board Certified by both the State and National Certification Boards in Criminal Law.

"The best lawyer to defend a person accused of a crime is an attorney who has devoted his entire career to defending the rights of people rather than trying to put people in jail or prison."

Mike has handled over 3,000 criminal cases since 1995. He has prosecuted none. These cases have ranged from simple misdemeanors, DWI's, assaults, drug possession, grand jury representations, rapes, robberies, and complex white-collar federal investigations. This wealth of experience has come from where it matters the most: The Defense side of the table--Representing persons accused of a crime.

Q. What are my options if I could not afford $3000 legal fee to handle a criminal charge for less than US$100?
May 22, 2019
A: That 'guarantee' by whatever lawyer you are talking to is very misleading. In every case in Texas where a person receives 'deferred adjudication probation' and successfully completes it, their case is 'dismissed'. So guaranteeing something for $3,000 that is going to happen anyway isn't much of a guarantee However, this type of dismissal isn't the same as an outright dismissal. If you are on formal probation and get your case dismissed after successful completion of the probation (deferred) that is different than getting a case dismissed without probation. Some cases can be resolved without probation (pretrial diversions, conditional dismissals, convincing the prosecutor that the case should be dismissed, etc.) If your case is in Dallas County, there are generally several options available to resolve a case without probation, especially if this is a first offense. Hope this helps. Mike