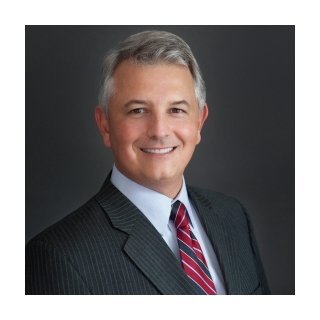 Craig was born in Shreveport, Louisiana. He graduated from Loyola College Prep in 1985. He received his Bachelor of Science Degree in Finance from Louisiana State University-Shreveport in 1990. He attended law school at Paul M. Hebert Law Center at Louisiana State University in Baton Rouge, where he graduated in 1993. He is an attorney and partner in the law firm of Smith & John. Craig was admitted to the Louisiana Bar in 1993, and since then, he has been admitted to practice before the following courts: U.S. Court of Appeals, Fifth Circuit; U.S. District Court, Western District of Louisiana; and U.S. District Court, Middle District of Louisiana. He is a member of the Louisiana State Bar Association, Shreveport Bar Association, and Fifth Federal Circuit Bar Association. He is also a Master Member of the Harry V. Booth and Henry A. Politz Chapter of the American Inns of Court. Craig was invited to join the Inn as an Associate member in 1998. Since then, he has advanced to a Barrister Member and then a Master member. The Inn is a group of select judges and lawyers dedicated to improving the skills, professionalism, and ethics of the bench and bar. Craig has been selected for the 2007, 2008, 2009, 2010, 2011, 2012, 2013 & 2014 editions of The Best Lawyers in America® © by Woodward/White, Inc., of Aiken, S.C. Additionally, Craig has been listed as one of the top lawyers in the Shreveport-Bossier area in SB Magazine's "Top Lawyers" issue ('04, '05, '06 '07, '08, '09, '10, '11, '12, '13 & '14). Craig is currently serving a sixth term in the House of Delegates of the Louisiana State Bar Association for the First Judicial District Court which encompasses all of Caddo Parish. (Terms: '02-'04. '04-'06, '06-'08, '08-'10, '10-'12, '12-'14). The House of Delegates is the policy making body of the Louisiana State Bar Association. Craig has chaired the Criminal Law Committee of the Shreveport Bar Association, and he has chaired the

American Inns of Court, Harry V. Booth & Henry Politz Chapter
Master member
1996 - 2012
Activities: The Inn is a group of select judges and lawyers dedicated to improving the skills, professionalism, and ethics of the bench and bar.