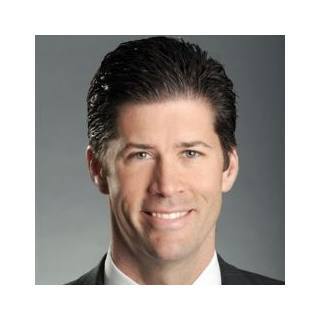 Render C. Freeman, Esq. has dedicated his career to helping injured victims hold wrongdoers financially responsible for their carelessness. As a trial attorney, Mr. Freeman has a broad range of experience in litigating complex disputes, including wrongful death, personal injury, products liability, motor vehicle and trucking collisions, medical malpractice, premises liability and negligent security. Mr. Freeman has been lead trial counsel in jury trials all over the state of Georgia - from Federal District Court in Atlanta to smaller Superior Courts in the remote corners of our State.

An example of one of Mr. Freeman's larger victories was in October of 2008 when he won a $3.5 million verdict on behalf of a woman who was brutally attacked by a janitor with a violent criminal history. The case arose out of the November 16, 2005 attempted murder of "Jane Doe." Ms. Doe was working late in her high-rise office when she was attacked by a janitor. On October 29, 2008 after a six day jury trial, the cleaning company was held responsible for the brutal attack because it had failed to adequately investigate and thereby discover that the janitor had a violent criminal history.

Mr. Freeman was admitted to practice in the State of Georgia in 1994 and is admitted to practice in all Georgia courts, the United States District Court for the Northern and Middle Districts of Georgia, the Eleventh Circuit Court of Appeals, and the United States Supreme Court. Mr. Freeman has been given an "AV" rating by the Martindale-Hubbell National Legal Directory, the highest such designation given for both lawyer competence and integrity. He is an active member of the Georgia Trial Lawyers Association and the American Association for Justice.

Mr. Freeman and his family have lived in the John's Creek community in North Fulton County (now the City of Johns Creek) since 1995 where he is an active member of The Church of the Hills Presbyterian Church, is the 2009/2010 President Elect for the Rotary Club of Johns Creek, and the Vice Chairman and member of the Board of Directors of the John's Creek Chamber of Commerce. Mr. Freeman was born and raised in Atlanta where he graduated from The Lovett School in 1985. He received his Bachelor of Arts in English Literature from Colgate University in 1989. He then attended the University of Georgia School of Law where he received his Juris Doctor in 1994. For his third year of law school, Mr. Freeman was a visiting student at Brooklyn Law School in Brooklyn, New York where he studied securities law and commercial transactions.