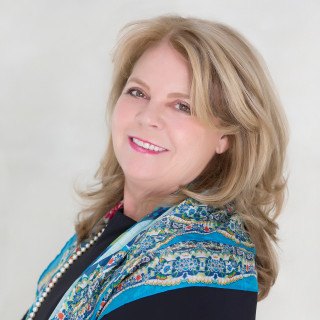 Nancy Burner, Esq. is the founder of Burner Law Group, P.C. established in 1995. Nancy holds the designation of a Certified Elder Law Attorney (CELA), awarded by the National Elder Law Foundation as accredited by the American Bar Association. Since 2014, Nancy has been selected by her peers to be included in Best Lawyers in America for Elder Law. Most recently Nancy was recognized as the Best Lawyers® 2023 “Lawyer of the Year” for Elder Law on Long Island. Nancy previously earned this honor in 2020.

Nancy is a former five term trustee for the Lawyers’ Fund for Client Protection, a state administered agency which was created in 1981 to protect law clients from the misuse of their money by dishonest attorneys and to promote public confidence in the administration of justice in New York State. She is also a past president of the Suffolk County Women’s Bar Association and a past co-chair of the Suffolk County Elder Law Committee.

Nancy frequently lectures on the legislative changes, financial implications, and governmental benefits affecting the elderly and special needs population. In 2016, Nancy was named as an “Outstanding Woman in Law” by Hofstra University School of Law Center for Children Families and the Law. Later that same year, she was named by Manhattan Magazine as a Big Apple Entrepreneur winner.

For fifteen consecutive years, Nancy has been named as a Super Lawyer in the field of Elder Law. In the same publication, for four consecutive years, she has also been named a Top 50 Women Attorney in New York. Super Lawyers, part of Thomson Reuters, is a rating service of outstanding lawyers from more than 70 practice areas who have attained a high degree of peer recognition and professional achievement. The annual selections are made using a patented multiphase process that includes a statewide survey of lawyers, an

How to Fund Your Trust
Suffolk Times
December 23, 2021

What is a contingent beneficiary?
South Shore Press
November 3, 2021

What is an ABLE Account?
Times Beacon Record
October 20, 2021

Considerations for a 529 Plan with a “Disabled” Beneficiary
South Shore Press
September 29, 2021

Wills and Trusts, Salt Waterfront Bar and Grill
August 4, 2022
Burner Law Group, P.C.
What is the difference between a Will and a Trust? When it comes to a sound Estate Plan, one size does not fit all! Join Nancy Burner, Esq. as she discusses the process of probate, the types of trusts available and the benefits of each document.

Gifting for Grandparents, Online
September 3, 2020
Burner Law Group, P.C.
Every grandparent contemplates how to gift to their grandchildren - do you give them cash for birthdays, start a 529 Plan, put assets in trust, name them on an IRA, or make a specific bequest in your will? As with any gifting, it depends on the family’s particular situation, but you should always consider the tax consequences. Join Nancy Burner as she discusses how to gift to this younger generation in a tax efficient and meaningful way. Reserve your spot here: https://bit.ly/2WhddZb

Super Layer
Super Lawyer
2022
For fifteen consecutive years, Nancy has been named as a Super Lawyer in the field of Elder Law.

Every grandparent contemplates how to gift to their grandchildren - do you give them cash for birthdays, start a 529 Plan, put assets in trust, name them on an IRA, or make a specific bequest in your will? As with any gifting, it depends on the family’s particular situation, but you should always consider the tax consequences. Join Nancy Burner as she discusses how to gift to this younger generation in a tax efficient and meaningful way.

Anatomy of an intervivos trust

The concept of a Trust is not difficult to understand if you remember that placing an item in a trust is simply retitling that asset in the name of the trust. A standalone trust, also called an intervivos trust, is created while the grantor is still living. Learn the difference between grantor and non-grantor trusts, revocable and irrevocable trusts, and the most common ways they are utilized in estate planning.

Estate Planning: Debunking the Myth that estate planning is just for the Wealthy

Many people think estate planning is only for the very wealthy. This could not be further from the truth. Everyone has an estate: it consists of everything you own from personal property to cash in the bank to retirement plans. Join us as we discuss basic estate planning documents, including advanced directives, wills and trusts. Learn why designating beneficiaries in a will or trust allows you to take care of your family after you are gone and the surprising results if you die without a wil

The effect of Covid 19 and the Wills vs Trust Debate

As attorneys, we have found that COVID-19 and the accompanying shutdown has reshaped some of our beliefs and approaches to estate planning. This is no time to panic, but it is an opportunity to learn from the upheavals brought on by the virus and examine how they change the way we counsel our clients as they create or amend their plans. This 4-Part Series discusses our insights into how the pandemic has changed the elder law landscape.

A comprehensive estate plan should consider every angle - including how to protect your beneficiary's inheritance in case of your divorce or their divorce. Join Nancy Burner, Esq. of Burner Law Group as she discusses the importance of anticipating such issues when engaging in estate planning. Also learn why your estate planning attorney and matrimonial attorney should be working together when a divorce is pending.