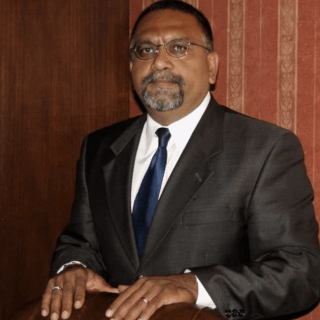 Attorney Nanda Palissery earned his bachelor’s degree in mechanical engineering at Texas A&M University in 1989. After and during a career as an engineer and associate professor of engineering technology at the Luzerne County Community College, he earned his Juris Doctor at the Temple University Beasley School of Law in Philadelphia in 1994.

Attorney for David George Vodzak speaks to The Times Leader

Nanda Palissery, attorney for David George Vodzak, speaks to reporters after Vodzak was sentenced by Judge David Lupas to five to 10 years in state prison on a charge of solicitation to commit criminal homicide. State police at Wyoming accused Vodzak of soliciting help with a plan