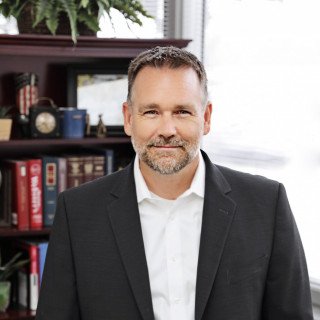 Nathan Christensen grew up in the beautiful small town of Fillmore, Utah, where he spent as much time as possible playing in the mountains. After he turned 18 and graduated from high school, he left Fillmore and spent two years living and working in various cities in Honduras, where he became fluent in Spanish and developed a love for the people of Latin America.

In June 2002, he married his wife Tiffani, a girl from Texas, which meant he would be spending the rest of his life in Texas whether he knew it or not. In 2006, Nathan and Tiffani moved to Lubbock, Texas where he attended law school at The Texas Tech University School of Law.

After graduating from law school in only two-and-a-half years, Nathan worked for a law firm in both Lubbock and Dallas, Texas dealing exclusively in immigration law. After less than a year, he became the managing attorney for the Dallas office and two years later, he was named partner. Working as the firm’s primary immigration court attorney for over three years, Nathan became familiar with all of the immigration judges in the Dallas Immigration Court and is comfortable and effective in any type of removal case. In addition, it was his job to attend every immigration interview with USCIS in Irving. This gave him experience and knowledge on all types of immigration cases and a good understanding of how the immigration officers in the Dallas USCIS field office work.

Eventually, Nathan decided to open his own law firm that focuses exclusively on immigration law. That is how Nathan Christensen P.C. was started. Nathan’s goal is to ensure that his clients get the best representation possible at very affordable prices.

Nathan and Tiffani currently live in the DFW area and have three amazing children, two boys and a girl.