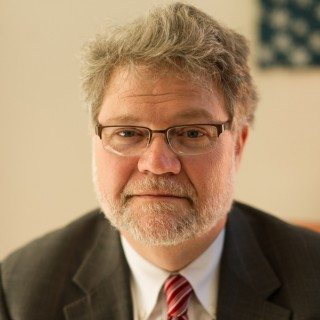 Nathan Maudlin became an attorney because he wanted to seek justice for those to whom justice is not always apparent. He was admitted to the Indiana Bar in 1995 and in Illinois in 2014. He represents individuals before the Indiana and Illinois Worker’s Compensation Board/Commission, Courts of Appeals and Supreme Courts.

Nathan B. Maudlin joined the law firm of KLEZMER MAUDLIN, P.C. in July, 2003. He focuses his practice on representing workers in claims arising out of work-related injuries including Worker’s Compensation Claims, Wrongful or Retaliatory Discharge Claims, and violations of the Americans with Disabilities Act. Mr. Maudlin was associated with the Indianapolis law firm of Ice Miller for 7 years before deciding to move to New Harmony where he joined Randal Klezmer in forming Klezmer Maudlin. A native of Logansport, Indiana, Mr. Maudlin graduated cum laude from the Indiana University School of Law-Indianapolis in 1995, and was admitted to the Indiana Bar later that same year. Mr. Maudlin currently serves as trustee for the New Harmony Workingmen’s Institute.