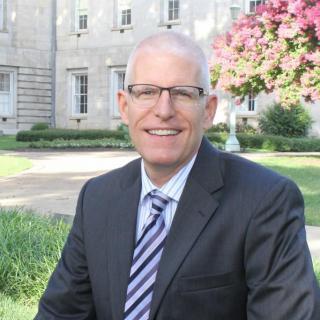 Nathaniel “Nat” Smith heads up the firm’s civil litigation practice. He handles serious personal injury and workers’ compensation cases in addition to business litigation, trust and estate litigation cases. He also works on civil appeals on behalf of the firm’s clients. Mr. Smith grew up in Raleigh, where he was a member of Broughton High School’s 50th graduating class in 1979. He attended the University of North Carolina at Chapel Hill, graduating in 1983 with a Bachelor of Arts Degree in Economics. He graduated with honors from UNC School of Law in 1993. While in law school, he clerked at Hornthal, Riley, Ellis & Maland in Elizabeth City, North Carolina and with the U.S. Postal Service’s labor law department in Washington, D.C. Since 1993, Mr. Smith has been admitted to practice law in the State courts of North Carolina. He is also admitted to practice in Federal courts in North Carolina (Middle District, 1994; Eastern District 1996) and in the Eastern and Middle District Bankruptcy courts. With over 20 years of experience representing clients in courts throughout North Carolina, Nat Smith is one of the shareholders at the firm. He has received favorable decisions from the North Carolina Court of Appeals on a wide variety of legal issues, including interpretation of real estate contracts (Harris v. Stewart, 666 S.E.2d 804), appellate review of a County government’s actions (Murdock v. Chatham County, 679 S.E.2d 850 (2009)), and negligent transmission of a disease (Carsanaro v. Colvin, 716 S.E.2d 40 (2011)). Mr. Smith is a member of the North Carolina Bar Association and the North Carolina Advocates for Justice, and he served as President of the 15-B Judicial District (Orange and Chatham Counties) in 2004-05. Mr. Smith volunteers as a pro bono attorney for the NC Bar Association’s “Lawyers on the Line” program and has served as an arbitrator in Orange County District Court.