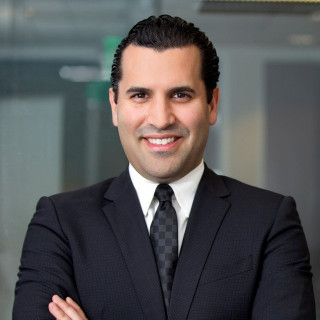 Neama is a prestigious California personal injury attorney. He is the President and co-founder of West Coast Trial Lawyers.

Neama graduated from UCLA at the age of 19 and Harvard Law School at the age of 22, making him one of the youngest graduates in the 200-year history of the law school. Upon graduation, Neama was hired by O’Melveny & Myers, the largest law firm in Los Angeles at the time, where he represented companies such as Disney, Marriott, and the Roman Catholic Church.

But Neama wanted to help ordinary people, not corporations, so he joined the United States Attorney’s Office, where he prosecuted drug and human trafficking cases along the United States-Mexico border. While working as a federal prosecutor, Neama captured and successfully prosecuted a fugitive murderer and drug kingpin who had terrorized Southern California and was featured on “America’s Most Wanted.” Neama was then appointed to be the Director of Enforcement of the Los Angeles City Ethics Commission, an independent watchdog that oversees and investigates the elected officials and highest level employees of the City of Los Angeles, including the Mayor and City Council. He held that position until becoming a trial lawyer for the people.

Neama has extensive trial experience. He has led teams of more than 170 attorneys in litigation against the largest companies in the world. Neama has successfully tried dozens of cases to verdict as lead trial counsel, and has argued and won before both state and federal appeals courts. Over the course of his career, Neama has handled thousands of cases, obtaining many seven and eight figure settlements and judgments, and has helped his clients win more than one billion dollars.

Neama is a regular legal commentator on news and television, and sits on the UCLA Political Science Board of Advisors. He lives in Los Angeles with his wife, who is an attorney for foster children, his son, daughter, and dog, Lola.