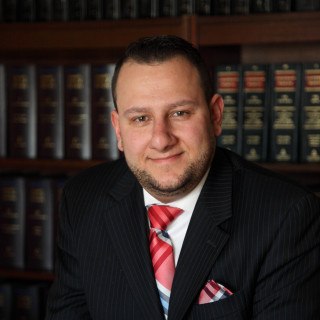 Nick DaSilva is a lifelong resident of Rhode Island and graduated from the University of Rhode Island with a Bachelor’s degree in Political Science in 2008. Nick graduated in the top 25% of his graduating class and was a candidate for Pi Sigma Alpha, the national honor society for Political Science majors during his undergraduate studies. While at URI, Nick was a member and leader of the Alpha Upsilon Chapter of Sigma Pi Fraternity. Nick held many positions during his undergraduate years including serving as Historian, President and Judicial Chairman. In fact, Nick has continued his involvement in the fraternity by serving on the Board of Directors of the Housing Corporation. Nick’s experiences in the fraternity demonstrate the type of leadership and dedication that he gives to his clients.

For the last 8 plus years, Nick has practiced law at the Law Offices of Edward Lawson, focusing primarily on personal injury, landlord-tenant, real estate transactions, business law and bankruptcy law. Nick has represented clients in all state courts as well as the federal district and bankruptcy courts. Nick takes pride in helping his clients solve all of their legal problems, whether complex or simple. His compassion for his clients combined with his zealous advocacy allow him to be very effective in securing the results that his clients need.