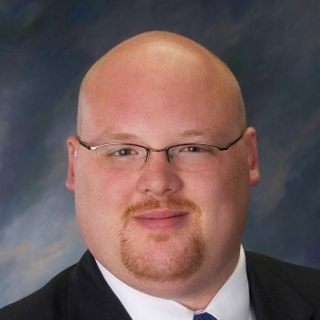 Nick loves practicing law in and out of the courtroom. He has extensive experience in representing people in all stages of criminal proceedings, from the first appearance or arraignment through trial, appeal, and post-conviction proceedings. While his primary practice area is criminal law, Nick also practices in family law, personal injury, and general litigation. Nick is licensed to practice in all federal and state courts in North Dakota and Minnesota. Before joining Fremstad Law Firm, Nick represented almost two-thousand individual clients at the Fargo Public Defender Office in all types of criminal cases from driving under the influence and driving under suspension to murder and gross sexual imposition. Before that, he clerked for Justice Carol Ronning Kapsner at the North Dakota Supreme Court. Nick received his undergraduate degree in criminal justice from Minnesota State University Moorhead. He received his law degree from the University of North Dakota School of Law where he was elected to the Order of the Coif. Nick has a Masters of Business Administration from the University of Mary and is pursuing a Ph.D. in criminal justice from the University of North Dakota. Nick has authored two articles published by the North Dakota Law Review, presented on a number of criminal defense-related topics at continuing legal education seminars, and has taught law-related classes at the University of Mary. Nick is a past-president and charter member of the North Dakota Association of Criminal Defense Lawyers. Nick also serves as a volunteer assistant wrestling coach at a local youth wrestling club. Nick is originally from Jamestown, North Dakota. He and his wife have two very active sons. During their spare time, Nick and his family enjoy traveling, cooking, and spending time with friends and family.

The Failing Promise of Padilla: How Padilla v. Kentucky Should Have Changed the Game in North Dakota, But Did Not
University of North Dakota Law Review
2011

Unauthorized Practice of Law: A Case Study on How to Identify It and What to Do About It
State Bar Association of North Dakota
2010