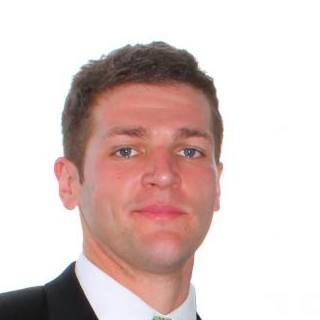 Nicholas is a graduate of Villanova University School of Law in Pennsylvania. Prior to enrolling at Villanova Law, Nicholas attended the College of William & Mary in Williamsburg, VA, where he was an active member of the school’s nationally ranked varsity debate team. During law school, Nicholas excelled in Trial Advocacy and Advanced Trial Advocacy, while also interning with numerous public defender agencies.

Prior to starting the Law Offices of Nicholas Loncar, Nicholas has worked for the San Diego County Alternate Public Defender (a felony conflict unit), The Defender Association of Philadelphia, and the Federal Defender for the District of New Jersey. Nicholas has represented clients in Pennsylvania and California state courts as well as helping clients charged in Federal Court. Additionally, Nicholas worked with a private investigation firm assisting criminal defense attorneys with suppression motions.

In private practice, Nicholas worked with the prestigious private criminal defense firm, Drossner Law, where he learned how to give each case the full attention it deserves and how to help clients achieve the best results in any case. Nicholas is deeply committed to criminal defense and will fight hard to help you achieve your goals. Nicholas opened his Los Angeles office in 2012. He has been representing Californians accused of crimes at all stages of their cases and is building a strong reputation in Southern California's distinguished legal community.

Nicholas founded the Law Offices of Nicholas Loncar and www.iDefendLosAngeles.com to protect all citizens from unreasonable intrusions by law enforcement. A quick look at Nicholas' background and resume start to demonstrate how committed he is to making sure that the accused get fair representation and enjoy the due process that this nation's founding fathers intended to preserve for eternity. While the Supreme Court seems to have no problem disregarding the Fourth and Fifth Amendments, Nicholas recognizes that K-9 sniffs, DUI checkpoints and even traffic stops are all loopholes that the courts have carved into our Constitutional rights.

A former boxer (trained by Champions Smokin’ Joe Frazier, Robert Hines and Johnny Carter), Nicholas is relentless, fearless, dedicated and aggressive. If you’re facing criminal charges, let him fight for you. Nicholas lives in Hollywood and has an office in Echo Park.