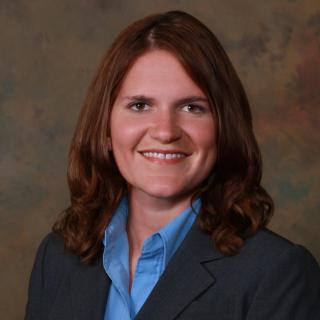 Nicole joined Keane, Reese, Vesely & Gerdes in 2010. Nicole focuses her practice on civil appeals, commercial and business litigation, and personal injury law. Nicole has practiced throughout the state of Florida, including appellate matters before the First, Second, and Fifth District Courts of Appeal and the Florida Supreme Court. Prior to joining Keane, Reese, Vesely & Gerdes, Nicole was an associate at the Law Office of Rod McIntyre in Jacksonville, Florida handling real estate litigation, contract disputes, family matters, and foreclosure defense. Nicole was admitted to the Florida Bar in 2009. Nicole earned her J.D., magna cum laude, in 2009 from the Florida Coastal School of Law where she ranked among the top two percent of her class. While in law school she served as the Business Editor of the Florida Coastal Law Review, was recognized as a Dean’s Scholar, earned the Governor’s Achievement Award, and earned the Book Award for the Law of Information Technology and Family Law courses. In the fall of 2008, Nicole served as a judicial intern to Justice Ricky Polston and former Justice Kenneth Bell on the Florida Supreme Court. Nicole earned her B.A. in English with a concentration in business, Valedictorian, in 2006, from the University of Saint Francis. While in college, Nicole won the Paul Hagan Junior Achievement in English Award, the Outstanding Achievement in English Award for three consecutive years, and achieved recognition on the Dean’s List and National Dean’s List. In addition to her collegiate studies, Nicole captained the University of Saint Francis Women’s Soccer Team for two years, was recognized as an Honorable Mention All-American, and was selected to the ESPN The Magazine All-American Team. Nicole is an active member of the Florida Bar. She currently serves on the Appellate Court Rules Committee and previously served on the Student Educ