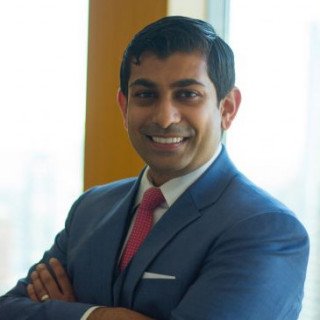 As a litigator and trial attorney, Parag has saved and recovered millions of dollars for his clients and represented the gamut including employees, small business owners, everyday citizens and public figures. His work has led to quotes in such publications as L.A. Weekly, the L.A. Times, and Rolling Stone Magazine, as well as being given the prestigious Rising Star designation by SuperLawyers for 2017, 2018, 2019, and 2020 (the Rising Star award is given to less than 2.5% of attorneys and only to those who have exhibited excellence in practice). Even with the large settlements, successes and the awards, Parag has never lost touch with the human component of what it means to be a lawyer, which goes back to his humble Maryland roots and strong immigrant family ties.

In addition to his legal qualifications, Parag has worked in a variety of industries, including project management consulting, real estate, and financial advising, which has given him an impressive and unique financial skill set that most attorneys do not possess.

Parag applies the same hyper-focused, holistic and grounded approach to his Southern California law practice. He focuses on assisting his clients in meeting their legal goals, while also maintaining fiscal responsibility by recommending efficient legal strategies which lead to better results, maximization of billable hours and happier clients.

Principal
Law Office of Parag L. Amin
2012 - Current
Represent business owners and consumers in disputes in areas such as real estate, the Digital Millennium Copyright Act, and the Consumer Legal Remedies Act Serve as in-house counsel for hospitality investors, a production company, and an online retaile Advise and represent clients in contract negotiations Draft agreements such as purchase agreements, privacy policies, and employment agreements Form corporations and LLCs for clients and advise them based on their goals and needs

"What are the Three Phases of a Lawsuit?" by Parag Amin, Esq.

Another common question I receive from my clients is "How does a lawsuit work?" or "What is the process of a lawsuit?" In this short video I break the process down from start to finish.

"How Long is My Trial Going to Take?" By Parag Amin, Esq.

My clients often ask me "How long is my trial going to take?" It's a natural question because most people would like to move on with their lives! The truth is you can't always tell, but this video is meant to answer this question in a quick, concise way while introducing the elements which might make a trial take longer or shorter.