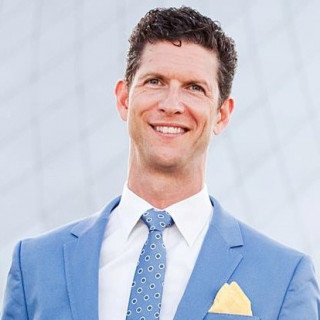 PATRICK A. PALACE is the owner of Palace Law, a firm of workers' compensation and personal injury attorneys. Patrick was the President of the Washington State Bar Association (WSBA) 2013-2014. He is a member of the National Conference of Bar Presidents (2014-present) that prepares and trains Bar leadership nationwide. Currently serving on the NCBP Executive Counsel. He is currently the co-chair of the 21st Century Lawyer NCBP committee. He chaired the WSBA Future of the Profession Committee 2013-2015. Additionally, he served on the WSBA Board of Governors from 2008 – 2011, the Washington Association of Justice Board of Governors for 9 years and was WSBA Treasurer 2010-2011.

In 2016, Palace Law was recognized by the Law 500 as one of the top 100 firms nationwide for its growth and innovation. Patrick was the first recipient of the “Service to the Legal Profession Award”, and has been chosen by the “National Trial Lawyers” as one of the Nation’s Top 100 trial lawyers. He was also named as one of the “Top Attorneys in Washington.”
Patrick produced and moderated two television programs: “The Peoples Law School" and "LawTalk". These programs provide consumers with information about our legal system and their rights and remedies. Thirty-three programs were produced.

Patrick is a dedicated practitioner of yoga. He has a daily meditation practice, writes about meditation and speaks nationally of the topics of mindfulness and the future of the legal profession.

Patrick is also a proud father who has a tendency to listen to his music (while drinking wine, and sometimes practicing yoga) louder than his non-rocker children would like.

Article: The Crystal Ball: What Does It Hold For You
NW Lawyer
2015

Speaking Engagement: LLLT's and The Future of the Legal Profession
Clio
2015

Article: Getting What We Need to Succeed
NW Lawyer
2013

Article: It's Time to Change the Conversation
NW Lawyer
2013

Article: How Much Are You Willing to Give up for $125? The Hidden Costs of the Referendum
WSBA Bar News
2012

Speaking Engagement: The Orthopedic Examination: Separating The Right from the Wrong
Conference: IME's
2001

Article: Thanks For A WYLD Time
De Novo
1999

Article: We Put The Bang Back In The CLE: 2 Days, 7 CLE Credits, Two Lunches, Too Low of a Price and Too Much To Pack Into This Title
De Novo
1999

American Bar Association
ABA/YLD Public Service Subgrant Recipient
Current
Activities: Recipient of a grant in 1997 and 1998 to create and produce a series of public service television programs entitled LawTalk to be aired statewide.

American Bar Association
Presented and argued a resolution to increase jury pay before the ABA/YLD national delegation. The resolution passed 94-33 and was adopted by the ABA.
1999 - Current

American Bar Association
Selected as a national program finalist for purposes of presenting the LawTalk program at the National ABA Convention in LaJolla, California
1998 - Current

Washington State Bar Association
Foundations of Freedom Task Force
2005 - 2007
Activities: Appointed by President Taylor to create and implement long term strategy to educate the public and protect the independence of the judiciary from destructive political forces