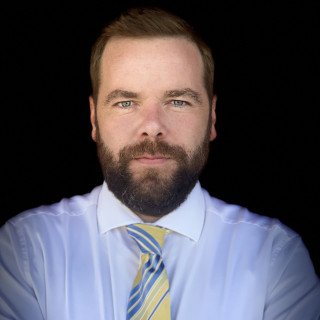 Patrick Ryan Dunn Sullivan was raised in Belleville, Illinois. He is a graduate of Blessed Sacrament Grade School and Althoff Catholic High School. In 2005, Mr. Sullivan earned degrees from Southeast Missouri State University in Pure Mathematics (B.S.) and Anthropology & Foreign Languages (B.A.). He is proficient in Spanish, French, and Korean. In 2012, he graduated from the Southern Illinois University School of Law.

Mr. Sullivan began his career as an Assistant Public Defender in St. Clair County, Illinois, where he served for 6 years as the office’s first Director of Litigation. During that time he was lead counsel in dozens of jury trials. The vast majority of those trials involved an acquittal on at least the highest count, if not a full exoneration of all charges. Since then he has been enlisted as a jury selection consultant in trials throughout the United States.

In 2017, he clerked in the Illinois 5th District Appellate Court chambers of the Honorable Judy L. Cates.

Mr. Sullivan proudly joined Pratt & Tobin’s litigation team in 2019. His practice focuses on plaintiff’s personal injury, FELA litigation, contract law, and felony criminal defense. He is licensed to practice law in Illinois, Missouri, Iowa (pro hac vice), and the Southern District of Illinois. He is a member of the Illinois State Bar Association, the Saint Clair & Madison County Bar Associations, and the East Saint Louis Bar Association. In addition to his law practice, he volunteers as a precinct committeeman, and has served as a member of numerous Executive Boards of Directors including the Illinois Association of Criminal Defense Lawyers, the Belleville Police Pension Board, and the Belleville Zoning Board of Appeals.

He married above his station in life and has 2 beautiful children.

Young Attorney Award
Illinois Association of Criminal Defense Lawyers
2014
Awarded to the top attorney in the State of Illinois who has been practicing for less than five years.