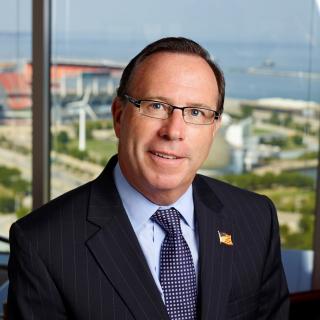 Peter J. Brodhead joined Spangenberg Shibley & Liber in 1980 and just eight years later, he became a partner. He handles countless cases including those related to asbestos exposure, dangerous drugs, catastrophic injuries, and more. Having graduated from Cleveland State University Marshall School of Law, Mr. Brodhead is admitted to practice in the Ohio Supreme Court, the U.S. District Court, Northern District of Ohio, the 6th Circuit U.S. Court of Appeals, and the United States Supreme Court. He has been recognized with selection to the Best Lawyers in America list from 2008 through 2015, as well as listed as a Top 50 in Cleveland Super Lawyers®. He also lectures regarding dangerous drugs.

American Board of Trial Advocates
Member
1999