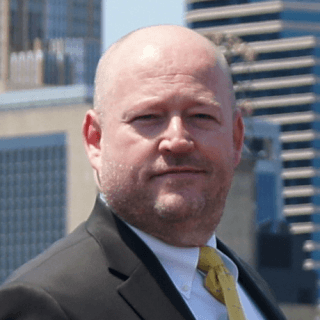 Pete Barry is an attorney admitted to practice in the State and Federal courts of Minnesota. He is also admitted in numerous other federal courts including the United States Supreme Court. He is the owner of The Barry Law Office, Ltd. His national practice is dedicated exclusively to protecting consumers against illegal debt collection activity and training lawyers on ethical strategies to sue debt collectors. He was twice-named by his peers as a Super Lawyer® by Minnesota Law & Politics Magazine. The National Association of Consumer Advocates named him its Consumer Lawyer of the Year in 2005.

Pete opened his law practice directly out of law school and has been enjoying his private plaintiff's practice ever since. His FDCPA Boot Camps have trained thousands of lawyers in all 50 states. Pete has frequently appeared in local and national news stories discussing consumer rights issues. He has appeared on NBC, ABC, CBS, MSNBC, and on numerous local stations discussing abusive consumer collection cases. In 2008, Pete appeared on the cover of CityPages magazine in a feature story about his life and career suing debt collectors.

Pete volunteered for 12-years as a district ethics investigator and as a formal mentor to law students. He volunteered with the Minnesota State Bar Association's High School Mock Trial Program as a judge and maintains an ongoing pro-bono legal practice. He has volunteered with the U.S. District Court and Federal Bar Association's Pro Se Project, assisting unrepresented parties for free in federal civil cases. Since 2003, Pete has taught as an adjunct Professor of Law at Mitchell Hamline College of Law where he teaches Consumer Rights Law. He was born in San Jose, California and lives in St. Paul, with his wife Robin and five beautiful daughters.

Attorney of the Year
National Association of Consumer Advocates
2005