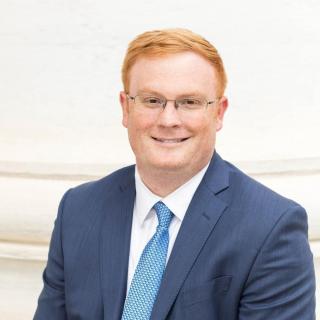 Peter Billings is a founding partner of Billings, Barrett & Bowman, LLC. He focuses his practice primarily on criminal matters ranging from minor traffic infractions to the most serious cases of murder, as well as a wide range of family matters including divorce and custody cases.The common thread throughout Peter’s practice is his representation of individuals and fighting for those who need someone in their corner. Whether a high-stakes criminal case, highly contested divorce, or bitter custody battle, Peter will stand with you. Peter has been responsible for obtaining the highest quality results for his clients in criminal cases as well as in divorce and custody matters. Whether it is through a plea negotiation, family court mediation, or trial, Peter’s goal is to get you results.

Peter is a lifelong resident of Connecticut, originally from West Hartford, and now resides in New Haven. He received his B.A. in English and Political Science from the University of Connecticut. He received his J.D. from Quinnipiac University School of Law where he graduated cum laude, with honors in his criminal law and advocacy concentration, and was the Editor-In-Chief of the Quinnipiac Probate Journal. After graduating from law school Peter worked as a Public Defender in New Haven Superior Court where he represented hundreds of clients facing misdemeanor and felony cases with allegations ranging from minor public disturbances to violent assaults to felony drug charges. He has also worked at several well-respected law firms handling a wide range of matters including criminal cases, divorce and custody matters, car accidents, slip and fall injuries, and wrongful death cases.

He is active in the community and is a member of the Board of Directors for the Creative Arts Workshop, which is a community art school in the heart of New Haven. While away from work, he enjoys the many fine restaurants in and around New Haven.