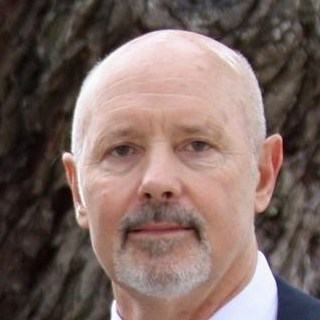 Since 1985, Roman & Roman has helped literally thousands of people like you who came to us for help with their legal needs. Although our primary practice area is personal injury law, many of our clients rely on us to resolve their other legal matters as well. With us on your side, you will have a strong, thorough and aggressive advocate to represent your interests. Our one-on-one approach to serving you provides the comfort and confidence you need at this difficult time in your life. Our meticulous planning, preparation and research are necessary to maximize the financial recovery you deserve.

Peter T. Roman is originally from New Jersey and is the oldest of five children. He attended Seton Hall University in South Orange, New Jersey, and graduated in 1969 with a Bachelor of Arts degree in Psychology. Peter then moved to Florida and was the first in his family to become an attorney when he received his Juris Doctor degree from Stetson University College of Law in 1975. Peter is a member of The Florida Bar, The Clearwater Bar Association, The West Pasco Bar Association, and The Florida Justice Association. He is a member of the Trial Lawyers section of The Florida Bar and is admitted to practice in all Florida Courts and in Federal Court.

On a more personal side, Peter is an accomplished martial artist and has been training in the martial arts for more than 35 years. He has obtained advanced black belts in Tae Kwon Do, Hapkido, Jiu Jitsu, and Modern Arnis. Peter has also trained extensively in a number of other martial arts disciplines including Aikido, Judo, Krav Maga, and Jeet Kun Do. He also teaches martial arts and comprehensive close quarter combat training programs for law enforcement, military and professional security personnel. Peter is a U.S. Judo Association-Life Member, has received a Silver Life Achievement Award from the World Sokeship Council International Hall of Fame, a Tae Kwon Do Times Magazine Recognition Award, and a Presidential Sports Award for Tae Kwon Do. Peter also raises and rides Irish sport horses with his wife, Cathy.

Through his martial arts and horse riding activities, he has traveled all over the United States and in many other countries throughout the world, including Korea, Israel, Egypt, Italy, France, England, Scotland, Ireland, Costa Rica, and Australia. Peter also enjoys boating, photography, snowboarding, weight training, and hiking. He has a son, Jeff, and a daughter, Janna. Peter lives in Brooksville, Florida with his wife, Cathy.

Roman and Roman -- We Believe