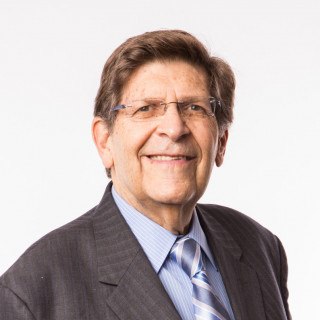 As the founding partner of Wolf & Brown Law Offices, Mr. Wolf has been representing Social Security claimants since 1980.

Mr. Wolf is a 1968 graduate of Temple Law School and completed his undergraduate studies at Temple University as well. A native of South Philadelphia, Mr. Wolf knew adversity from a very young age, as he was stricken with polio in his right arm at a scant 12 months old. While this might have proved a hindrance to some, Mr. Wolf persevered, and did not allow this limitation to stifle him in any way; quite the contrary, he remained competitive in sports and other areas throughout his adolescence, into his teen years. It was during this time that Mr. Wolf realized that he was “just going to have to try a little harder” than everyone else, a life lesson that would serve him for years to come.

He started his law practice as a general practitioner, engaging in several areas of law including criminal defense and personal injury. It was early in Mr. Wolf’s career that he began to yearn for a more personally satisfying, meaningful avenue to practice his craft. This desire lead him to Social Security disability. He dropped his pursuit of general practice areas and focused solely on helping the neediest, deserving members of society- mostly impoverished American workers who, through no fault of their own, found themselves unable to work.

Knowing full well the behemoth government bureaucracy Social Security claimants face, Mr. Wolf has remained satisfied taking this system on head first, and securing the benefits for his clients they so rightly deserve. He grew his practice from general practice to a thriving disability firm comprised of four of the most gifted lawyers in the area.