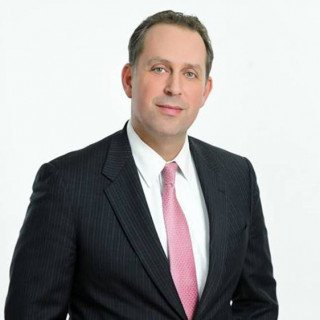 Mr. McOmber is a third-generation attorney and a lifelong resident of Monmouth County. He earned a Bachelor of Arts Degree from Tufts University in Medford, Massachusetts and a Juris Doctor from American University Washington College of Law, in Washington, D.C.

In 1998, he was admitted to New Jersey and Federal District Court Bars and joined the firm of McOmber McOmber & Luber, which was established by his parents, Richard and Adrienne McOmber, in 1974. He was promoted to partner in 2001. Mr. McOmber resides in the Red Bank area with his wife, Dr. Nathalie Zenian McOmber, a general dentist who also practices in Monmouth County.

Mr. McOmber’s primary areas of practice are civil litigation, employment law, land use and education. During his 16 years of practice, Mr. McOmber has successfully tried numerous cases in the Superior Court and before various administrative agencies. He also represents a variety of municipal and regional boards of education and has handled extensive litigation and appeals on their behalf. He has litigated favorably on behalf of plaintiffs in employment discrimination cases, including winning large jury verdicts in favor of his individual clients, and on behalf of corporations and public institutions regarding matters of public concern and attention. A number of Mr. McOmber’s cases involving significant matters of law have been widely reported.

Mr. McOmber serves as a redevelopment, state tax appeal and conflict counsel to the Borough of Tinton Falls and as conflict counsel to the Township of Middletown. Mr. McOmber has extensive experience in redevelopment work and in handling all types of land use applications before planning and zoning boards, as well as litigating land use matters before the Superior Court and Appellate Division. He has successfully counselled many national corporations regarding complex development applications in New Jersey, including public storage facilities and financial institutions.

Certified Attorney
New Jersey Supreme Court
Current
The Certified Civil Trial Attorney designation is awarded to attorneys based upon experience, education, knowledge and skill in civil trial law. The standards set by the Supreme Court are high. The designation is held by only 2% of the practicing attorneys in the state. Candidates must pass a written examination and be recognized by their peers as having sufficient skills and reputation in the area of civil trial law. The certification process was established by the Supreme Court of New Jersey in 1980 for the purpose of helping consumers find attorneys with a recognized level of competence in their particular area of law.

McOmber and McOmber, P.C. was started in 1974 by Richard D. McOmber, Esq. and Adrienne H. McOmber, Esq. It has grown over the years and provides cutting-edge and cost-effective...