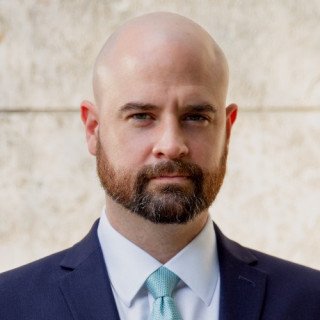 Raul G. Delgado II is personal injury attorney who is a lifelong resident of Miami, Florida. Mr. Delgado’s practice focuses exclusively on the representation of injured passengers and crew members who were hurt on cruise ships around the world, in addition to those who are the victims of catastrophic injury or wrongful death involving auto, truck, motor vehicle accidents, recreational boating, negligent security, premises liability, and victims of crime. He is a member of the Florida Bar’s Admiralty Law Committee which is responsible for studying developments in this niche area of the law and informing members of the Bar of recent developments and their practical implications. Before he began representing people that were injured on land or the high seas, Mr. Delgado represented most of the major international cruise lines, their on board contractors and concessionaires, marine insurance companies, boaters, department stores, supermarkets, and operators of trucks and automobiles, in both personal injury and wrongful death claims. Mr. Delgado brings his in depth knowledge of the cruise industry and insurance defense world to advocate on behalf of the injured and hold those at-fault corporations and individuals responsible for the harm they have caused to his clients.

Mr. Delgado is known within the legal community for his hard work, attention to detail, persistence, and passion for obtaining justice for the injured. Since he began representing injured Plaintiffs in 2018, he has secured over 4 million dollars in jury verdicts and settlements for his clients. He has been recognized for his achievements in the field by his peers and was named a Super Lawyers Rising Star in both 2018 and 2019.

Why Crime on the High Seas Affects Us All
Daily Business Review
November 18, 2020

Q. Federal case regarding Jones Act
May 5, 2021
A: Under these circumstances, it sounds like she may have a good argument to get the dismissal vacated if the basis behind the dismissal is because of former counsel's inattention and not the individual personally. There is no black and white answer because it seems as if there are a lot of moving pieces. Especially in a case like the one you have described, the individual should speak to an experienced maritime attorney that is well versed in Federal procedural law to give the injured individual the best chance to revive the claim for what would seem to be otherwise a potentially strong case. Time is of the essence though and the lady should speak to someone ASAP. Best of luck

Q. Is it too late to involve an attorney for a fall/injury my wife had @ Fla outdoor mall in May 2019?
August 5, 2020
A: I agree. Just wanted to add that the sooner you decide to proceed, the better the odds of evidence being preserved by the at fault parties. The sooner they are advised of your intention to pursue a claim, the higher your odds of success will be. Make sure to speak with an experienced injury attorney in Florida that can help ensure your rights are protected. Best of luck

Q. I was in a boat fire in Nov 2018 .the insurance contacted me but I haven't heard from them again
June 25, 2020
A: You may definitely have a claim. If this accident happened on a boat, there is a high probability that it will be governed by General Maritime law. You should speak to an experienced maritime attorney immediately because there are different statutes of limitation for maritime claims as compared to Florida state law. Our firm handles both maritime and shoreside personal injury claims for injured people across the state.