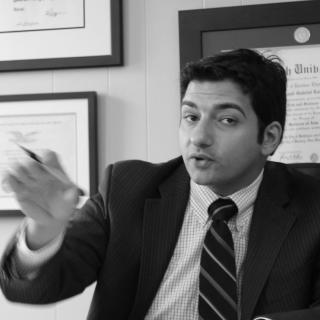 Partner and Chair of the Immigration Practice Group
Norris McLaughlin, P.A.
2017 - Current
The Immigration Law Group is skilled in all types of immigration matters and representation before the nation’s immigration-related agencies, including the Department of Homeland Security, United States Citizenship and Immigration Services (USCIS), Executive Office for Immigration Review, Board of Immigration Appeals, Department of State, United States Embassies and Consulates, Department of Labor, and any other federal agency, whether in the United States or overseas. The attorneys in the Immigration Law Group are experience members of the American Immigration Lawyers Association. The Norris McLaughlin Immigration Practice is broad in scope, with extensive national and global capabilities, to serve individuals and families; small, mid-size, and large businesses; national and international corporations; non-profits, hospitals, universities, colleges, and research institutions; manufacturers, importers, exporters, investors, and others, to allow for ease in clients’ global mobility.

Managing Attorney, Deportation Defense - New York City
Baurkot & Baurkot: The Immigration Law & Deportation Defense Firm
2010 - 2017
While at Baurkot & Baurkot, Immigration Attorney Raymond Lahoud has handled an extensive amount of immigration, appellate and deportation matters across the nation, with his focus on New York, Pennsylvania and New Jersey. Attorney Lahoud has handled the toughest of deportation and immigration matters, ranging from your basic family petitions, to the grants of asylum, cancellation of removal, Board of Immigration Appeals and oral arguments, Petitions for Review before several federal circuit courts, bond hearings and, among other areas of practice, habeas petitions challenging the due process concerns of certain removal/deportation proceedings as well as the mandatory detention of immigrants for long periods of time, without the possibility of relief.

The Rights and Responsibilities of Employers in Immigration Compliance, Human Resources and Immigration, Denver, Colorado
February 4, 2013
Society for Human Resource Management
A live seminar on the rights and responsibilities of employers when hiring new employees, managing an I-9 Compliance System, How and When to Conduct an Internal Audit, and What to Do When ICE Conducts a Workplace Raid.

40 Under 40 Award
Lehigh Valley Business
2017
The award celebrates 40 of the Greater Lehigh Valley's most accomplished young businessmen and women who have been making headlines in their field and who share a commitment to business growth, professional excellence and to the community.

Board of Immigration Appeals

US District Court for the Southern District of New York

Q. Can I apply for green card only with my b1/b2 visa without I-94 form?
December 13, 2021
A: A good question that needs more of an analysis. Did you get a stamp on your passport? Have you searched for an electronic I-94?

Q. I want to make for my son in-low I130- while he exceeded 18 but when I married his father was under 18 years old
December 13, 2021
A: More information is needed to better assist. Nonetheless, one important question is whether the beneficiary is a step child. If your step son was under 18 when you were married, you may have options.

Q. What are the consequences for an US citizen overstaying visa in Ghana, if he doesn't have money to pay the fees?
December 13, 2021
A: This looks like a scam. Please contact the local US Consulate.

NBC: Daily Life With An Immigration Lawyer: ‘If They Take Him, He’s Out’

With an uncertain future on immigration hanging in the balance, one Pennsylvania firm has received over 200 calls a day. Meet the man scrambling to help them all. Daily Life With An Immigration Lawyer: ‘If They Take Him, He’s Out’ | NBC News