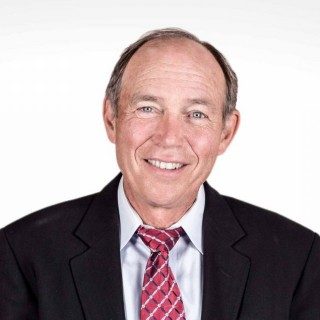 Ray was admitted to the bar in 1979 and is a member of the bars of the Oregon State and Federal courts. He obtained his J.D. from Lewis and Clark Law School in 1979.

Before going to law school, Ray worked as a private investigator and in a variety of manual trades including equipment operator, welder’s apprentice, janitor and crew supervisor. Ray has focused his practice on injury cases including personal injury and product liability. He has presented educational seminars on insurance and personal injury topics, and has organised and presented seminars for Oregon and national gatherings of attorneys. He is a regular commentator on pedestrian and bicycle law and safety.

He started a series of free legal clinics for bicycle riders in 1994, and gives regular bike and pedestrian law and safety presentations. His book Pedal Power: A Legal Guide for Oregon Bicyclists is now in its 8th edition, and he is the author of Oregon Pedestrian Rights: A Legal Guide for Persons on Foot (2007).

He loves to row and race his bike up hills. He and his law partner, Jim Coon, have led (these days they mostly follow) the Monday/Thursday Noontime Lawyers Bike Rides since 1991. Ray has four children and is active in Oregon’s bicycle, traffic, and work safety communities as an activist, commentator, and speaker.