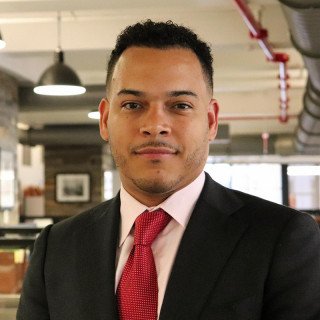 Ricardo J. Martinez is an associate at Leav & Steinberg. Ricardo brings with him close to a decade of legal experience representing people who were seriously injured because of someone else's poor choices. Today, Ricardo continues to dedicate his practice to holding people accountable for those poor choices and in helping his clients navigate the complexities of the New York tort system. He handles cases from inception to resolution involving motor vehicle collisions, slip/trip & falls, premise liability, police brutality, false imprisonment, assaults, and actions against the City of New York and surrounding counties. One of Ricardo's many passions is ensuring that his clients are compensated for their injuries and reminding them that they will always have someone to bring to a fight against the insurance companies.

During his free time, Ricardo serves as a judge and mentor for the Young Debaters Program, a program geared towards getting children involved in law school style legal debate at a young age, developing public speaking skills and confidence.

Ricardo received his B.A. in Criminal Justice with honors from the John Jay College of Criminal Justice. He received his Juris Doctorate from the City University of New York School of Law. While in law school, he was a staff editor on the New York City Law Review. He is admitted in New York State and Federal Court. He is fluent in Spanish.

The City University of New York School of Law
J.D.