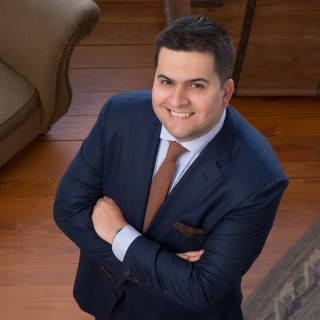 Rick J. DeMedeiros is the sole member of his own firm in Conyers, Georgia. Serving clients throughout the Atlanta metropolitan area, he exclusively focuses his practice on the representation of people who have been injured in workplace accidents or as a result of the negligence of others. Before starting his firm, Mr. DeMedeiros was associated with two law firms that represented employers and insurance companies in workers' compensation matters, and he draws from his rich background in that field to each client's advantage. He has handled workers' compensation cases involving work-related deaths and catastrophic injuries, including severe spinal cord damage, amputations and traumatic brain injuries. The personal injury claims he has handled have involved injuries resulting from motor vehicle accidents as well as premises liability. Mr. DeMedeiros is held in high esteem and has garnered great respect from his peers, which is shown not only by his AV-Preeminent rating from Martindale-Hubbell, but also by being named a Georgia Rising Star in Super Lawyers magazine. Admitted to practice in Georgia, he is a member of several professional organizations, including the State Bar of Georgia, the Georgia Trial Lawyers Association, the Georgia Hispanic Bar Association and the Atlanta and Rockdale County bar associations. A native of Puerto Rico, he is fluent in both Spanish and English.