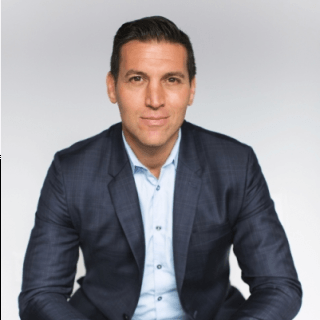 Mr. Portale is known as a pit bull in the courtroom and at the negotiting table and he has the results to prove it.

While attending the University of Buffalo Mr. Portale majored in Interdisciplinary Studies, Classics and Philosophy of Law, and graduated with Honors. Throughout undergraduate studies, Mr. Portale played football, basketball and rugby. After receiving his Juris Doctor,, Mr. Portale moved to Westchester County, New York where he studied for the New York Bar Exam while he co-managed the re-election campaign of then Westchester County Attorney Jeanine Pirro.

In January 1998, Mr. Portale was hired as an Assistant District Attorney at The Westchester County District Attorney’s Office. During his almost five year tenure he was promoted through the ranks as follows: starting in the Motions and Appeals Unit, the Grand Jury Bureau, the Investigations Division and finally the Gangs Unit of the Investigations Bureau. Mr. Portale Left the DA’s Office and joined one of the most successful Plaintiff’s Medical Malpractice Firms in the nation – Duffy, Duffy & Burdo where he further honed his trial and litigation skills.

Longing to return to his true passion criminal law, Mr. Portale pursued his dream and established his own practice in Westchester County, with a concentration in criminal matters. In May of 2009, Mr. Portale joined the firm of Pappalardo & Pappalardo as a partner. In January, 2012, Richard was named Senior Criminal Defense at the law firm of Gaines, Novick, Ponzini, Cossu & Venditti, LLP. In May, 2014, Mr. Portale resurrected the Law Offices of Richard A. Portale, and has become one of the busiest criminal practices in the tri-state area. Mr. Portale has tried over a hundred cases to verdict - with a success rate that is second to none. He also received the 2019 Litigator of the Year award from the American Institute of Trial Lawyers and was was appointed to the United States Court of Appeals for the Second Circuit.

2019 Litigator of the year
American Institute of Trial Lawyers