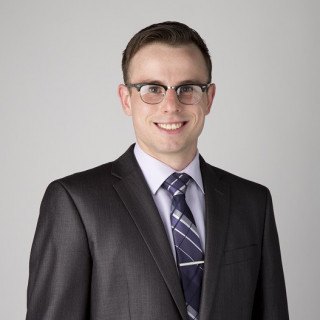 Richard Glenn III has known since he was 12 years old that he wanted to be an attorney. At that early age, he was heavily influenced by the writings of Abraham Lincoln, whose descriptions of the adversarial nature of law appealed to his competitive spirit.

He is motivated by a desire to help others and solve problems. He represents clients in their auto accident, medical malpractice and nursing home neglect cases.

Richard earned his juris doctor from Elon University School of Law. A native of Iowa, he graduated from the University of Iowa with bachelor’s degrees in psychology and political science.

While in law school, Richard was an elected Student Bar Association class representative and an Intramural Moot Court Competition semifinalist. He represented Elon in multiple moot court competitions along the east coast as well as was on the moot court board. He served as treasurer of the Environmental & Animal Law Society and was also a member of the Business Law Society.

During his college years, Richard was a champion amateur boxer and mixed martial arts competitor. He also was a martial arts coach for three years, helping his students develop their skills and discipline. Richard’s own experience with martial arts helped him recognize the importance of preparation and attention to detail, whether for a competition or a legal battle.