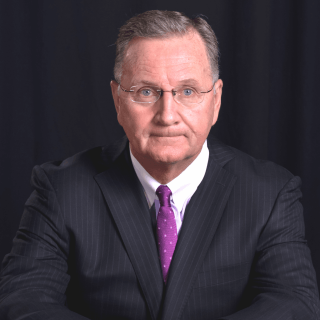 The Wall Street Journal has described Arsenault as having “national notoriety,” BusinessWeek described him as “a Dean of the Louisiana Tort Bar,” and The New York Times described him as one of the “big players” in the legal community. Arsenault has been an invited lecturer at various law schools including Baylor, Duke, Emory, University of Texas, Tulane, George Washington and LSU where he served on the Trial Advocacy faculty. He has been involved in over 25 Multidistrict Litigation proceedings, often serving in leadership capacities. He served as Lead Counsel in the Actos MDL where a jury rendered a $9 billion verdict. He subsequently served on the negotiating team that secured a $2.4 billion settlement, which is the largest single mass tort settlement for a drug that is still on the market. He was also appointed to the Pinnacle MDL Executive Committee and was a trial team member where three Bellwether trials resulted in $502 million, $1 billion and $247 million verdicts. Arsenault is listed in the Bar Register of Preeminent Lawyers as well as The Best Lawyers in America and has an AV Martindale-Hubbell rating. He has been recognized as one of America’s 50 Most Influential Trial Lawyers by Trial Lawyer magazine, nominated for the Trial Lawyer of the Year Award by the Public Justice Foundation, and recognized by the National Law Journal as one of America’s Elite Trial Lawyers. Arsenault is a founding Board Director of the National Board of Complex Litigation Lawyers, a division of the National Board of Trial Advocacy. The American Bar Association recently approved the National Board Certification in Complex Litigation and Arsenault will become one of the first practitioners in the nation to be Board Certified in Complex Litigation. The Louisiana Supreme Court Chief Justice appointed Arsenault to serve on the Rules of Professional Conduct Class Action Committee, Bench Book Committee, and State MDL Exploratory Committee.

Removal Under the Jones Act, OCSLA and the GML
Louisiana Advocates
February, 2000

Who Enjoys the Benefits of the Limitation of Vessel Owner’s Liability Act?
Louisiana Advocates
October, 1999

Has the Traditional Mariner Been Forgotten?
Trial Magazine
September, 1992

Seaman Status: Just When You Thought It Was Safe To Get Back Into The Water
Louisiana Bar Journal
June, 1989

An Analytical Starting Point: The Elusive Determination of Seaman's Status
The Forum
June, 1982

Recognizing and Developing the Brownwater Seaman's Remedies
The Federal Bar News
May, 1982

The Maritime Consortium Action: Moragne Through Cruz",
The Journal of the Academy of Florida Trial Lawyers
April, 1982

Best Lawyers
Best in the U.S.

Nation's Top Verdicts
National Law Journal
Recognized for having one for securing a $21 million personal injury verdict for the victim of a plant explosion, one of the largest in the nation.