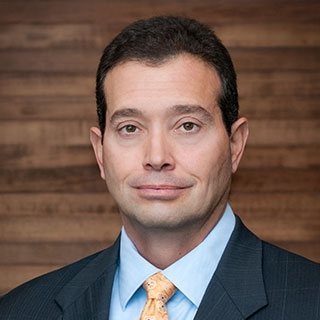 Richard J. McIntyre is a litigation and bankruptcy attorney. He began his practice in Tampa, Florida in 1992 after graduating from Carnegie Mellon University and the University of Pittsburgh’s Dual Degree program, where he received his Master’s of Business Administration from Carnegie Mellon University and his law degree from the University of Pittsburgh. He received his undergraduate degree in Chemistry from Allegheny College in 1988. Mr. McIntyre’s litigation practice includes business, real estate, and consumer litigation. Mr. McIntyre began his practice with the Kass, Hodges law firm in Tampa, Florida, practicing business and bankruptcy litigation. In 1994, he moved to Trenam, Kemker, Scharf, Barkin, Frye, O’Neill & Mullis, P.A., a mid-size Tampa law firm. While at Trenam, Kemker et al., Mr. McIntyre continued his business litigation and bankruptcy practice. In 2000, Mr. McIntyre became a shareholder with the Trenam, Kemker firm, and continued in that position until he started McIntyre Thanasides Bringgold Elliott Grimaldi & Guito P.A. in 2006. Since its inception, Mr. McIntyre has been the Managing Member of McIntyre Thanasides Bringgold Elliott Grimaldi & Guito P.A., where his practice is focused upon representing corporate and individual debtors. His current practice focuses on representing debtors in State Court in connection with the defense of collection claims and prosecution of lender liability claims, as well as representing individuals and corporations in bankruptcy court to reorganize and/or liquidate their business and personal assets.