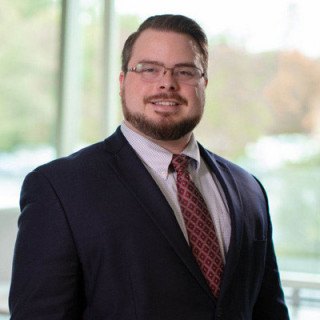 Richard Talbot knows firsthand the impact of a workplace injury. When he was young, he saw his father, a police officer, severely injured while on the job.

He channeled that experience into a passion for law, helping individuals fight for their rights after being injured at work. As a worker’s compensation attorney, Richard advocates on behalf of individuals to protect their interests when fighting against an insurance company with far more resources than themselves.

“If it were not for social safety nets, like workers’ compensation, my family would have been left without income,” Richard says. “It was this life experience that showed me that it is not just an individual injured worker that can be victimized by a workplace injury, but rather their entire household as well.”

A Massachusetts native, Richard earned his Bachelor’s in Political Science from Western New England University in 2013 before making the move to Richmond, Virginia; the city he now calls home. He received his J.D. from the University of Richmond School of Law. While working on his studies, Richard completed a judicial internship at Springfield District Court in Springfield, Massachusetts. He also interned for the criminal defense firm BoykoNapier, PLLC., in Richmond.