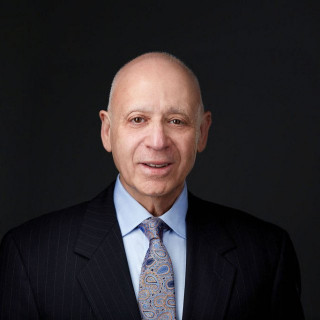 Robert B. Pollack is the founder of The Pollack Law Firm, P.C. , which since 1997, focuses entirely on divorce, whether contested or uncontested, separation, prenuptial agreements, modifications, enforcement and all other matrimonial and family law.

Robert has come to be considered one of the top divorce lawyers in Nassau and Suffolk. He is a "Preeminent AV Rated" attorney by Martindale-Hubbell and has received many other awards and honors throughout his career.

In 2015 Robert was honored by his appointment to the Matrimonial Special Masters Panel in Nassau County. In his role as Special Master, Robert assists the Court by working with the attorneys and clients in cases that are particularly difficult, by using his vast experience in matrimonial law and divorce mediation to attempt to resolve those issues that are preventing the parties from finalizing their case.

In 2007, Robert made law in New York by succeeding with his unique and successful arguments in the Nassau County case of C.H. v. R.H. That case, which was a "case of first impression" in New York, brought huge media attention to him and The Pollack Law Firm, P.C., and that case still stands as good law in New York today.

Over the years, The Pollack Law Firm, P.C.’s outcomes have been successful in countless divorce and family law cases of all kinds.

Robert is truly proud of the excellent reputation that The Pollack Law Firm, P.C. has gained with clients, colleagues and the Courts over the years.

Robert and The Pollack Law Firm, P.C. have over 100 “5 Star” client reviews on Google, Avvo.com and other lawyer rating sites.

Robert is admitted to the bar in NYS since January 1997 and in the US Federal Courts for the Eastern and Southern Districts since November and December 2000 respectively.

Q. I divorced years ago, 13 years ago, and have been paying child support monthly since then.
April 1, 2019
A: Your child is 18; have you asked your child where he or she would rather attend college, meaning, Jamaica or in the US? Looking back on the history you describe concerning her adversely impacting your relationship with your child, there could have been opportunities to reduce or eliminate child support back then. All of this would have been fact and circumstance dependent but now that there is a child who in NY, where the court would have no jurisdiction over as to custody and parenting time, still can make an order concerning and upward modification for basic child support and order you to pay your pro rata share of college. Of course, your argument that you could enroll your child in a less expensive college here may have some weight and in the worst case scenario, may operate as a cap as to your share of potential tuition and expenses in Jamaica. One way or the other, the Court will most likely fashion an order requiring the parents to contribute to the college education of their child. I would suggest that you retain an experienced family law attorney to represent you in this.

Q. My sister is disabled due to MS...her husband is divorcing her after 30 plus years , calling it a Medicaid divorce. Her
March 15, 2019
A: What is sometimes referred to as a "Medicaid divorce" from experience, this may involve certain less than ethical maneuvers that your sister may need to be concerned about and I will not advise or comment about. Your sister needs help and advice for sure. The need for an attorney is clear; she is in a long term marriage. Her income is fixed and limited. Her ability to become self supporting is unlikely and that would impact any disability payment she is receiving. Although you indicate that the marriage has significant debt, you do not indicate if her husband is employed or capable of supporting himself and her, the existence of debt notwithstanding. Also, just because someone has debt it does not necessarily mean they are totally without assets, meaning, the ability to afford to retain counsel for your sister which if not paid voluntarily could be ordered by the court upon your sister's application for counsel fees. I would advise your sister to tread carefully here and get counsel asap. It is not easy to find a pro bono divorce attorney. I would suggest that she contact the following to see if they can assist her: The Volunteers Lawyer Project (Hempstead); 516-292-8229 and the Pro Bono Project (Islandia); 631-232-2400.

Q. Can a paralegal write a stipulation of settlement for a divorce filing without a lawyer involved?
March 13, 2019
A: The role and permitted duties of paralegals differ throughout the USA. In some states, paralegals are licensed and can perform certain functions that an attorney would otherwise have to do. Paralegals cannot practice law; only attorneys can do that. However, there is no legal requirement in NY that anyone particular must write a stipulation of settlement. The parties themselves can write it. So long as it comports with the applicable laws to be able to enforce it, contains any mandatory language and/or calculations that the particular jurisdiction may require and is executed in accordance with the local requirements, there should be no issue. But it must never be forgotten that a Stipulation is a contract and so parties who decide to do it themselves or utilize a para professional or even a non-attorney mediator may find themselves regretting not having obtained sound legal advice prior to their becoming bound to a contract that is very difficult to escape from.

People use the terms legal custody or residential custody. Are this the same? What's the difference?

My house is in my spouse's name only, what does that mean for me?

Who gets the house in a divorce?