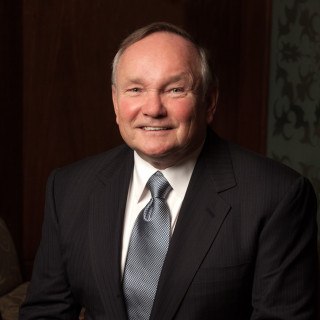 Attorney Robert A. Clifford founded his Chicago law firm, Clifford Law Offices, in 1995 with the goal of protecting the rights of innocent victims living throughout Illinois and across the country. At the time of the firm's founding, Mr. Clifford had already built a reputation as one of the country's most respected personal injury lawyers, and his reputation for excellence has only grown over the past 20-plus years.

Mr. Clifford began his legal career in 1976 after earning his law degree from DePaul University College of Law and receiving his approval to practice law in the state of Illinois. In addition to his approval to practice law in all of Illinois' state courts, the U.S. District Courts for the Central, Northern and Southern Districts of Illinois, the U.S. Court of Appeals for the 2nd and 7th Circuit, and the Illinois Supreme Court Historical Preservation Commission have also issued their approvals for him to practice in their courtrooms.

To learn more about Robert A. Clifford's work and accolades in the legal profession, go here: http://www.cliffordlaw.com/Attorneys/Robert-A-Clifford.shtml

Who's Who in Chicago
Crain's Chicago Business

Professionalism Award
U.S. Court of Appeals for the Seventh Circuit