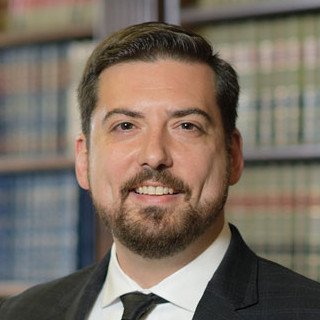 Robert E. Gordon is a civil litigation, Intellectual Property (IP) and Patent attorney in our Doylestown, Bucks County office. He possesses comprehensive experience representing both plaintiffs and defendants over a wide variety of complex commercial litigation matters. Admitted to practice in both Pennsylvania and New Jersey, Robert has appeared in both state and federal courts throughout Philadelphia, Southern New Jersey, and their surrounding counties. He has represented both individuals and large companies, and has helped to secure multiple six-digit judgments for his clients. Robert’s broad range of civil litigation experience has also involved him in personal injury and workers’ compensation matters.

Along with his civil and commercial litigation background, Robert is admitted to practice before the United States Patent and Trademark Office, and has previously worked as a full-time patent attorney. Robert provided clients with patentability and infringement opinions, authored and prosecuted patent applications, and assisted his clients in protecting their ideas. Robert became interested in patents and intellectual property during his undergraduate years at Penn State. After graduation, Robert worked as an engineer prior to attending Widener University School of Law (now Delaware Law School).

When not practicing law, you can find Robert supporting (and criticizing) the Phillies, 76ers, and Flyers, as well as the Eagles, who have somehow allowed Robert and his family to remain season ticket holders for over fifteen years.

Attorney
Alan L. Frank Law Associates, P.C.
2013 - 2019
Attorney in a full-service civil and corporate litigation firm for both plaintiffs’ and defendants’ cases, working on wide range of commercial cases, including: breach of contract and breach of fiduciary duty litigation; shareholder disputes; and company purchase agreements. Worked on matters in jurisdictions and states all throughout the east coast. Authored and filed numerous pleadings such as Complaints, Answers, Preliminary Objections, and countless Stipulations in both state and federal courts throughout Pennsylvania and New Jersey, including appellate briefs in the U.S. Court of Appeals for the Third Circuit. Extensive document and discovery review, participation in depositions, and heavy motion practice, including motions for and opposing summary judgment, as well as response motions to opposing parties; defense of motions on oral argument. Sought out and secured expert witnesses and assisted in the formulation of expert reports.