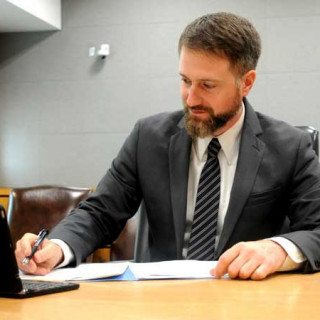 Robert Keates has clerked for a Federal Judge in the 5th Circuit (Texas, Lousiana), as well as worked for the California Innocence Project. He has argued motions and prepared cases with the Federal Defenders of San Diego, and was employed over five years with the Orange County Public Defender's Office. At that office, Robert was immediately assigned to jury trials, and advanced quickly to handle a large caseload of serious felony and misdemeanor jury trials for both adults and juveniles. In 2008, Robert Keates was awarded the Don Simms Award for 'Trial Attorney of the Year' within the Public Defender's Office. He was also the recipient of eight "Litigator of the Month" awards for Trial work while representing Juveniles.

Education and Law School
Robert Keates received his Law Degree (J.D.) from Hofstra University School of Law. After graduating with concentrations in both Criminal Law and Constitutional Law, he obtained his Masters of Law Degree (LL.M.) in Criminal Law from Western School of Law, one of only two Universities at the time in the United States that offered such a program and degree.

Get to Know Robert!
Robert is a husband and father, and enjoys music and traveling when not practicing law. He brews his own beer, plays guitar and banjo, and enjoys carpentry and woodworking when the mood suits him. He has backpacked and traveled throughout Eastern Europe and Russia, been to almost all 50 States, and can often be seen driving his old pickup around town on the weekends.