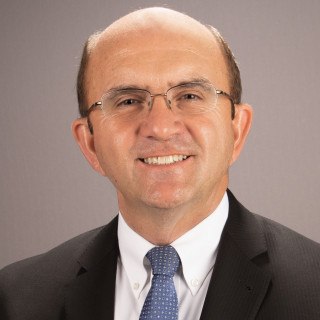 An Indiana native, Robert J. Nice has practiced law in Indiana for three decades. With a legal career that began in 1985, he focuses his practice in the areas of Real Estate, Small Business, Business Litigation, General Litigation, Legal Malpractice, and Plaintiffs’ Personal Injury.

Following law school at Villanova University, Robert Nice was employed as an associate with a large Indianapolis law firm for six years before establishing his own firm in 1992. As the Managing Partner of The Nice Law Firm, LLP, he now rises to the challenge of operating five offices located throughout central Indiana. He is adept in courtroom presentation, thrives in oral arguments and jury trials, and has secured several multi-million dollar verdicts on behalf of clients.

Prior to attending law school, Robert earned his undergraduate degree in pharmacy from Purdue University and worked as a pharmacist for several years before beginning his legal career. He also has extensive real estate expertise, not just legally, but also logistically, as a former owner of more than 100 rentals.

Mr. Nice is proud to help Hoosiers with their legal issues and makes it his focus to solve their problems with skill, compassion, and guidance.

How To Find A Good Indiana Lawyer That Gets Results

Do you want to know how to find a good lawyer in Indiana that will get results? Then, check out https://www.nicelawfirm.com/our-process/. Helping Hoosiers Since 1992 What’s in a name? In our case,...