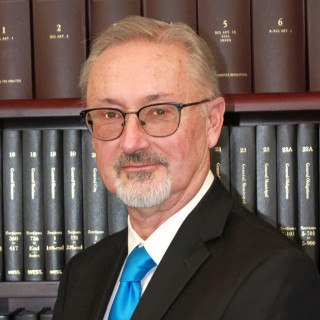 Mr. Haskins received his BA from the State University of New York at New Paltz before earning his Juris Doctor degree from Syracuse University School of Law. He is admitted to practice in all New York State courts and the United States District Courts in both the Southern and Northern Districts of New York.

Mr. Haskins has made a positive impact on our community by contributing his expertise to many local not-for-profits. He served as board president of Planned Parenthood of the Mid-Hudson Valley and the Maternal Infant Services Network. He has also served on the boards of the Mediation Center of Dutchess County, Mental Health America, Kaatsbaan Center for Dance and the Springside Restoration. Currently, he is on the board of Planned Parenthood of Greater New York. Mr. Haskins also serves on the State Democratic Committee for the 104th Assembly District and the Executive Committee of the Ulster County Democratic Party.

Mr. Haskins has lectured at Oxford University on reproductive rights and has taught Reproductive Law and Policy at the State University of New York at New Paltz. He has had the honor of being the keynote speaker at the New York State convention of the National Organization of Women.

Best's Recommended Insurance Attorneys
AM Best
2021
Sholes & Miller has qualified for a profile in Best’s Insurance Professional Resources. Sholes & Miller’s profile as a Qualified Member in Best's Recommended Insurance Attorneys shows that they are client-recommended and verified by AM Best, with a history of client satisfaction and a proven track record in the insurance and claims industry. AM Best is a global credit rating agency headquartered in New Jersey, specializing in the insurance industry.