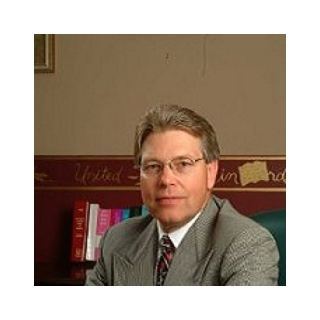 NATIONALLY RECOGNIZED . . . Robert Young was recently recognized by the National Association of Distinguished Counsel as “Top One Percent” of the Nation’s Attorneys. Robert has also been selected as a New Jersey Superlawyer for 11 consecutive years an award given to less than 5 percent of the attorneys in the state. Robert also has a “perfect” 10.0 rating from Avvo. Additionally, Robert was selected to New Jersey’s Top-Rated Lawyers list for 2015, a qualification which is based upon peer review ratings collected by LexisNexis Martindale-Hubbell. This distinguished achievement is only bestowed upon attorneys who have achieved a preeminent rating of “AV” from Martindale-Hubbell, signifying the attorney’s professional excellence and high ethical principles. UNDENIABLY QUALIFIED . . . Robert Young has over 30 years of experience in a range of practice specializations that includes Workers Compensation, Personal Injury, Small Business, and Land Use & Zoning. Robert has been a member of the New Jersey State Bar Association since 1982 and formerly served on the Executive Committee of the New Jersey State Bar Association Workers Compensation section for eleven years. RECOGNIZED WINNING PERFORMANCE . . . Robert has spent decades battling in court for the rights of our clients, to this end Robert has won many prestigious cases. Robert has also appeared in the Appellate Division on numerous occasions and is responsible for over half-a-dozen upper court decisions. These include the oft cited pre-eminent heart attack case in New Jersey, Hellwig v. J.F. Rast & Co. Inc., 110 N.J. 37 (1988). Robert also successfully argued for GE the case of Walsh v. GE, 334 N.J. Super. 1 (App. Div. 2000) which provided Mr. Walsh with an additional $234,950.65 in benefits from the State of New Jersey that he may not have otherwise gotten. Most importantly however, are the words of our satisfied clients “Excellence, Energy & Integrity. Mr. Young is the consummate

AV Preeminent 5.0 out of 5 Peer Review Rated
Martindale-Hubbell
2015
Awarded every year since 1986