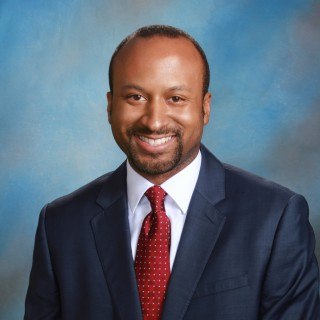 Rodney Davis is an attorney in Birmingham, Alabama. His areas of practice include family law, estate planning, business planning and probate matters. A native of Hillsboro, Alabama, Rodney discovered that he had a love for research, writing, and interacting with others on a daily basis as a child. When it came to choosing a career, Rodney sought to find a way to combine these skills with the one thing he is most passionate about—helping others. Thus, he set out to pursue a dream of becoming an attorney, and he has not stopped helping people since.

Mr. Davis graduated from Thomas Goode Jones School of Law where he served as Communicator of the Christian Legal Society, Senior Editor of the Faulkner Law Review and member of various other organizations including the Faulkner Law Board of Advocates.

While a student, Davis became a Jones Public Interest Fellow in the Jones Public Interest Society and was awarded the Ellen Brooks Merit Award. Prior to attending law school, Mr. Davis graduated from the University of Alabama at Birmingham where he received a Bachelor of Arts in Communication Studies, and was a Senior Staff Sports Writer for the Kaleidoscope Newspaper. Outside of work he enjoys fishing, golfing and music.

Mr. Davis is admitted to practice in all Alabama state courts.

Managing Attorney
Law Office of Rodney Davis, LLC
2016 - Current
The Law Office of Rodney Davis, LLC is here to provide competent and skilled legal representation for clients throughout the Birmingham area. We handle a wide range of legal services for individuals and businesses. Our office is committed to being accessible, responsive and professional with all clients. Our goal is to resolve each and every one of your legal conflicts, no matter how big or small. As a client, you come first every step of the way.

The Value an Ethical Will Adds to an Estate Plan
LinkedIn
October 30, 2017