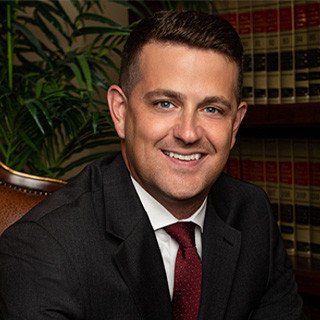 “If we do not maintain justice, justice will not maintain us,” Francis Bacon
Badges
Claimed Lawyer ProfileSocial Media
Biography

To seek out and maintain justice is Russell Haugen's goal as an Illinois personal injury attorney. Russell Haugen attended Illinois State University and graduated with a bachelor's degree in criminal justice. Throughout his undergraduate degree, Russ worked as a paralegal for Woodruff Johnson & Evans Law Offices. As a paralegal, he was able to learn a great deal about the many intricacies of both workers' compensation and personal injury law. This further convinced him to pursue a law degree.

Russell Haugen attended Thomas M. Cooley Law School in Lansing, Michigan. There, he was a volunteer for the Lansing Teen Court, working as a youth advocate for teenagers who had found themselves in the legal system for the first time. He was also an active member of the Mock Trial Team. He competed in a Mock Trial Competition where he was ranked as a top 10 litigator out of hundreds of competitors. He graduated from law school with a concentration in Litigation.

Russ is happy to have returned to Illinois and to be working at Woodruff Johnson & Evans Law Offices as an associate attorney. He is passionate about serving people who have been injured, working aggressively to help them obtain their legally-entitled benefits under the laws of Illinois. As a member of Woodruff Johnson & Evans Law Offices, Russ has attained multiple six-figure settlements and awards for his clients. He has successfully handled hundreds of cases before the Illinois Workers' Compensation Commission at the arbitration and appellate levels. As an Illinois personal injury attorney, Russ has successfully represented clients involved in a myriad of cases, including motor vehicle accidents, premises liability, and products liability. Russell Haugen was very excited to be named partner in the law firm in the fall of 2019.

What every injured worker in Illinois should know, I Hotel And Conference Center, Champaign, IL
September 27, 2018
A seminar to help inform the public about workers’ compensation claim filings, management, appeals, and laws in Illinois.