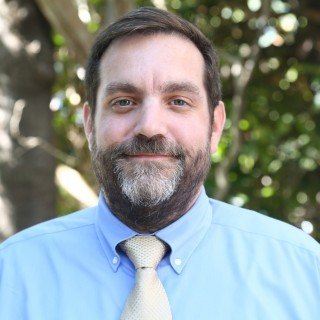 Russell is a native of Wilmington, North Carolina and has been practicing law in Eastern North Carolina since 2004. Russell attended the University of North Carolina at Chapel Hill and graduated in 1998 with degrees in Biology and Psychology. For the next few years, Russell worked in Chapel Hill and Durham as a research technician for the UNC Neuroscience Center, Intronn, LLC and Trimeris, Inc. During these years, Russell worked as part of research teams exploring RNA based gene therapies, viral fusion inhibitors, and the role Galactocerebroside plays in protein localization near nodes of Ranvier. After gaining a few years of laboratory experience, Russell began his studies at the Georgetown University Law Center in 2001 with an emphasis on Intellectual Property Law. After passing the patent bar in 2003 and becoming a registered patent agent, Russell received his law degree from Georgetown in 2004. He began his legal career representing clients in personal injury matters and by 2009 managed a team of professionals for one of the country’s leading Plaintiffs’ attorneys, Greg Jones. In 2012, Russell left personal injury to provide patent prosecution services to law firms in China and Taiwan prior to joining The Humphries Law Firm in 2014. Russell helps individuals and businesses protect their innovations, creations and business information using strategies based in patent, trademark, copyright and trade secret law. His work includes both strategic planning and dispute resolution. He assists clients who want to buy and sell businesses, and license or transfer their intellectual property assets. Russell also assists with the firm’s litigation practice particularly in insurance and employment disputes.