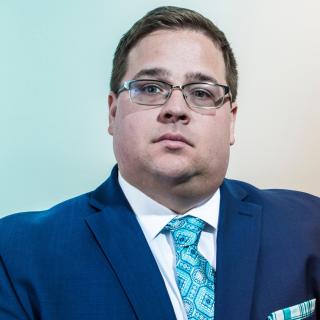 Ryan is an exceptional attorney that possesses a unique understanding of the law and people. Ryan has been with the firm since its founding and was named a Partner in 2015. His practice focuses on both civil and commercial litigation, which spans a wide range of substantive law from shareholder and contract disputes to antitrust matters. Ryan has been involved in a variety of complex and high stakes matters, including, the defense of a multimillion dollar antitrust class action suit; representing the selling company in a multimillion dollar post stock purchase agreement closing dispute; prosecution of a FLSA class action on behalf of employees of the Michigan Department of Corrections; and defending an automotive company in multimillion dollar litigation involving suppliers. Most recently, Ryan was counsel to two Detroit Retiree Associations (the Retired Detroit Police and Fire Fighters Association and the Detroit Retired City Employees Association) in the historic City of Detroit chapter 9 bankruptcy. His energy, dedication and skill was instrumental to the to the firm's successful representation of Detroit Retirees in the bankruptcy case. Ryan also serves as local counsel for some of the nation's largest and most prestigious law firms. In his practice, Ryan is driven by the guiding principle that law is a service profession and he is dedicated to providing, zealous, ethical and understanding representation.

U.S. District Court for the Eastern District of Michigan
Since 2008